If you made some putts on week 3 – Well done!

The hole designers have been doing an excellent job of coming up with interesting and challenging layouts, with the difficulty factor of weeks #2 and # 3 being higher than week 1.  If you have had more difficulty making putts on weeks 2 and 3, you are not alone. Here are some statistics: 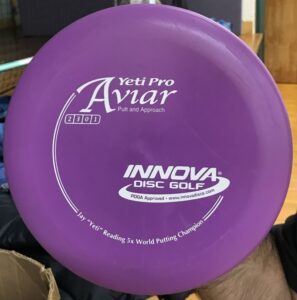 For next week, Week 4, we will add a new challenge; “Under and Over”. There will be a horizontal obstacle which you will have to throw under from tee #1 and tee #2 then over from tee # 3.

The discs for the chip draw are provided by Royce Racinowski of The Flying Disc Pro Shop.

The scores for week 3 have been posted. Click the following link to View League Totals.